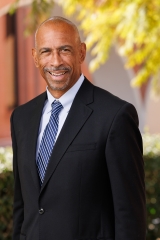 KEYNOTE: The Equity Imperative: Creating the Schools We Need Now

Inequality in wealth and income is increasing in the United States, and as it does, our ability to address many of our most pressing problems: poverty, global migration and climate change, is reduced. As poverty and inequality increase, polarization based on racial and socioeconomic differences grow, and more people become desperate and feel hopeless about the future.

However, education can serve as a resource to address poverty and inequality. For many years, research has shown that when educational opportunities are expanded, social mobility can increase and poverty can decline. The key question we face is: how can we use education to advance equality and opportunity?

In this presentation, Dr. Noguera will describe what it takes to offer an equity-centered approach to education, one that attempts to compensate for the effects of poverty and ensure that conditions conducive to good teaching and learning are in place in all schools. He will describe how capacity building, a process that over time makes it possible for the skills of teachers and the resources present at the school (or available in the community) are in alignment with the needs of students, can be used to promote educational equity and opportunity. Noguera will present concrete examples of schools and districts that are engaged in capacity-building work and he will show how education can be used as a means to counter inequality.

Meet the Author
Saturday, February 4 from 9:45am - 10:15am EST
Pedro Noguera will be greeting in-person attendees at the "Meet the Author" counter outside the Sagamore Ballroom on Level 2.

Pedro Noguera is the Emery Stoops and Joyce King Stoops Dean of the Rossier School of Education and a Distinguished Professor of Education at the University of Southern California. A sociologist, Noguera’s research focuses on the ways in which schools are influenced by social and economic conditions, as well as by demographic trends in local, regional and global contexts. He is the author of 15 books. His most recent books are Common Schooling: Conversations About the Tough Questions and Complex Issues Confronting K-12 Education in the United States Today (Teachers College Press) which was the winner of the Association of American Publishers 2022 Prose Award, with Rick Hess, and City Schools and the American Dream: Still Pursuing the Dream (Teachers College Press, 2001) with Esa Syeed.

He has published over 250 research articles in academic journals, book chapters in edited volumes, research reports and editorials in major newspapers. He serves on the boards of numerous national and local organizations, including the Economic Policy Institute, the National Equity Project and The Nation. Noguera appears as a regular commentator on educational issues on several national media outlets, and his editorials on educational issues have appeared in The New York Times, The Washington Post, The Wall Street Journal, The Dallas Morning News and Los Angeles Times.

Prior to being appointed Dean of the USC Rossier School of Education, Noguera served as a Professor of Education and holder of endowed chairs at UCLA (2015 – 2020), New York University (2004–2015), Harvard University (2000–2003) and the University of California, Berkeley (1990–2000). Noguera serves as a special advisor to the governor of New Mexico on education policy, and he advises the state departments of education in Washington, Oregon and Nevada. In 2022 he was appointed to President Biden’s National Commission on Hispanics and to serve as the co-chair of the state of California’s Black Student Achievement Taskforce. From 2009–2012 he served as a trustee for the State University of New York as an appointee of the governor. In 2014 he was elected to the National Academy of Education and Phi Delta Kappa honor society, and in 2020 Noguera was elected to the American Academy of Arts and Sciences.

Noguera has received seven honorary doctorates from American universities, and received awards from the Center for the Advanced Study in the Behavioral Sciences at Stanford University, the National Association of Secondary School Principals, and from the McSilver Institute for Poverty Policy and Research at NYU for his research and advocacy efforts aimed at fighting poverty. In 2023 he was ranked 1st in the nation for influence and impact in the field of education, by Education Week.