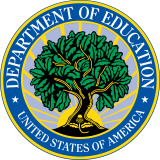 In this session, the U.S. Department of Education will provide updates on the implementation of the Elementary and Secondary Education Act, as amended by the Every Student Succeeds Act, as well as other relevant programs and initiatives, including those that address the emergency response to the Coronavirus Pandemic. This session will also provide an update on continuing outreach efforts.

David J. Cantrell, Ph.D., a member of the U.S. Government Senior Executive Service, serves as the acting director in the Office of Special Education Programs (OSEP) within the Office of Special Education and Rehabilitative Services, at the U.S. Department of Education (Department). In this role, he is responsible for overseeing administration of the Individuals with Disabilities Education Act (IDEA), which authorizes formula grants to States under IDEA Part B and to lead agencies for the infants and families program under IDEA Part C. IDEA also authorizes discretionary grants under IDEA Part D to institutions of higher education and other non-profit organizations to support grants for state personnel development, technical assistance and dissemination, technology, and parent training and information centers.

Prior to joining OSEP, David worked as a director in the Department’s Office of Elementary and Secondary Education where he administered grants to States and local education agencies for the Rural Education Achievement Program and the Consolidated Grant to the Insular Areas. Additionally, he spearheaded technical assistance activities for States by leading the Office of Program and Grantee Support Services which oversees the Equity Assistance Centers and Comprehensive Centers.

With 30-years of professional experience, he is a creative, team-oriented leader with an extensive background serving children with disabilities and their families. He began his career as a special educator in Raleigh, North Carolina and then joined the U.S. Department of Defense Education Activity (DoDEA) where he taught students with various disabilities in grades preschool to high school. After teaching, he moved into administration serving as a district coordinator, school administrator, and, finally, as director of special education and student support services for DoDEA.

David was born in Dayton, Ohio, and raised in Louisville, Kentucky. He holds a Bachelor of Arts in Spanish from the University of Louisville, a Master of Education in special education from North Carolina State University, and a Doctor of Philosophy in special education policy from the University of Maryland-College Park. David, an avid traveler, lives in Washington, DC, where he spends his free time reading, gardening and running.

Patrick Carr is the Director of the Rural, Insular, and Native Achievement Programs in the Office of Elementary and Secondary Education at the U.S. Department of Education. In this role he manages several programs that provide financial support and technical assistance to improve the educational outcomes of students, particularly students in rural and geographically isolated areas.

Lisa Gillette is the Director of the Office of Migrant Education. She leads the office’s planning and coordination efforts for its four grant programs: the Migrant Education Program, the Consortium Incentive Grant Program, the College Assistance Migrant Program, and the High School Equivalency Program. Prior to joining the Department, Ms. Gillette was a policy analyst for the Pennsylvania Department of Education.

Faatimah Muhammad is the Director for the Impact Aid Program. Prior to joining the Department, she worked as an Instructional Systems Specialist for the U.S. Department of Defense Education Activity and as an Assistant Director for AVID Center, Colorado. She also held various positions in DeKalb County Schools System, Georgia.

Prior to this, Patrick was the Deputy Director in the Office of State Support from 2014 to 2018, where he oversaw many of these same programs. Patrick previously helped lead the work of the Reform Support Network, providing technical assistance to states implementing comprehensive Race to the Top reforms, and the Race to the Top Assessment program, which provided grants to groups of states to develop new assessments aligned to state’s college and career ready standards. Patrick also worked in the Office of Elementary and Secondary Education supporting states implement their accountability and assessment systems.

Patrick previously worked in the DC Office of State Superintendent of Education, where he was a senior policy advisor and worked on a variety of K-12 issues in the District of Columbia. He started his career as a statistician in the National Center for Education Statistics, analyzing education trends for a variety of topics in the Congressionally mandated annual report, The Condition of Education.

Ruth Ryder is the Deputy Assistant Secretary for the Office of Policy and Programs – Formula Grants in the Office of Elementary and Secondary Education (OESE) at the U.S. Department of Education. OESE implements programs to support disadvantaged students under the Elementary and Secondary Education Act as amended by the Every Student Succeeds Act, In this role, Ms. Ryder oversees a broad range of management, policy, and program functions related to formula and discretionary grant programs under the ESEA.

During her time in OESE, Ms. Ryder has sought to improve coordination across ESEA programs, increase communication with State customers and partners, and streamline internal processes. In addition, Ms. Ryder is leading an effort to improve alignment of technical assistance both within OESE, as well as across the Department. These efforts have resulted in improved ability to meet grantee needs, reduced duplication of effort and increased return on investment. Ms. Ryder was previously the deputy director of the Office of Special Education Programs in the Office of Special Education and Rehabilitative Services, which she joined in 1988. In that position, she provided national leadership for moving special education accountability to a more results-oriented focus.

Prior to joining the Department, Ms. Ryder was a program administrator in a Washington state school district. There she had responsibility for the Elementary and Secondary Education Act Title 1 and Title II programs, state-remediation, gifted education, outcome-based education, and state- and district-wide testing programs. She also administered an ED-funded demonstration project, examining integrated service delivery models for including children with learning differences in general education. Additionally, Ms. Ryder has been a special education consulting teacher and a general education classroom teacher. Ms. Ryder has a bachelor’s degree in psychology and elementary education and a master’s degree in special education. Presenter Name: Patrick Roone