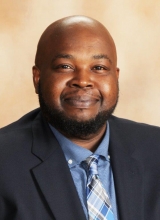 Equity. This is what our schools need. We need equity. We need to understand that not every child in America starts at the same place in life and that some need more help to achieve. A one-size-fits-all model of equality does not work in education and education funding. Equity ensures that the students suffering from multi-generational poverty in the public housing communities of Richmond and Chicago, along with children in the mountains of West Virginia and the Dine Nation in Arizona and New Mexico, receive adequate resources to get the same quality education as those in the suburbs of Northern Virginia, Connecticut, and Silicon Valley. Every student in America deserves a high-quality education from highly trained teachers in 21st century buildings. They can only get that with equitable resources from the nation that addresses the individual needs of each child in the varying school districts across the country.

The National Association of ESEA State Program Administrators is pleased to honor the schools selected by their respective states for national recognition. Share in the festivities as we recognize these outstanding schools for the academic accomplishments of their students.

Due to limited seating in the Auditorium, this session is also broadcast live in The Annex.

Rodney Robinson is a 19-year teaching veteran. He became a teacher to honor his mother, who struggled to receive an education after being denied an education as a child due to segregation and poverty in rural Virginia. In 2015, Robinson started teaching at Virgie Binford Education Center, a school inside the Richmond Juvenile Detention Center, in an effort to better understand the school-to-prison pipeline.

Robinson uses the whole child approach to education to help the students who are most vulnerable. His classroom is a collaborative partnership between himself and his students and is anchored in him providing a civic centered education that promotes social-emotional growth. Robinson uses the knowledge he has gained from his students to develop alternative programs to prevent students from entering the school-to-prison pipeline.

Robinson has been published three times by Yale University and has received numerous awards for his accomplishments in and out of the classroom, most notably the R.E.B. Award for Teaching Excellence.  He is a member of Richmond Mayor Levar Stoney’s Education Compact Team, which includes politicians, educators, business leaders, and community leaders, and is working with city leaders and local colleges to recruit underrepresented male teachers into the field of education. He has also worked with Pulitzer Award winning author James Foreman on developing curriculum units on race, class, and punishment as a part of the Yale Teacher’s Institute.

Robinson earned a Bachelor of arts in history from Virginia State University and a master’s in educational administration and supervision from Virginia Commonwealth University.