Secretary of Education Miguel Cardona testified in front of the House Appropriations Subcommittee on Labor, Health and Human Services, Education, and Related Agencies regarding the Biden administration’s request for fiscal year (FY) 2023 funding – the federal fiscal year that begins on October 1, 2022.

The purpose of the hearing was for lawmakers to question Cardona on the requests made for FY 2023 and gather more information.  Lawmakers also questioned Cardona on general policy and practices of the U.S. Department of Education as well, including upcoming rulemaking.  During his opening statement, Cardona highlighted the administration’s request for a drastic increase in Title I funding under the Elementary and Secondary Education Act and an increase in the maximum Pell Grant amount.  In addition, Cardona noted the administration’s focus on equity in education and requests for funding that would expand access to postsecondary education, help with educator staffing shortages, and build more career pathways for students.  Finally, Cardona explained to the subcommittee that there are “artificial cuts” in the FY 2023 budget request compared to the final FY 2022 funding levels that were not finalized until March of this year.  Those cuts were unintentional as the administration was required to base its FY 2023 funding request off of the FY 2021 funding levels, and the FY 2022 funding levels were increased higher than expected for some programs.  The administration does not intend to seek or support a cut for the programs impacted, including State grants for career and technical education programs.

Lawmakers questioned Cardona on other issues outside of FY 2023 funding during the hearing as well, including the timing for the expected proposed rule on Title IX enforcement, the administration’s engagement with for-profit and proprietary schools, and some districts’ use of federal stimulus funding.  Cardona told the subcommittee that the proposed Title IX rule is expected in May – about one month later than originally planned.  In addition, Representative Herrera-Beutler (R-WA) questioned Cardona on the administration’s “anti-proprietary school ideology,” acknowledging that there have been bad actors but that there are poor performing public schools as well.  Herrera-Beutler also said that proprietary schools in her district have felt they have not been heard on issues part of upcoming rulemaking on Title IV eligibility.  Cardona committed to ensuring proprietary schools are consulted as part of the rulemaking process and noted his support for alternative career pathways, including short-term programs.

Representative Ben Cline (R-VA) questioned Cardona on how some districts have been using federal stimulus dollars, naming specific projects that certain districts across the country have used funding for, including upgrades to athletic facilities and fields.  Cline also mentioned a 2021 Government Accountability Office report that found issues with ED’s collection of data surrounding stimulus spending and asked Cardona what type of oversight ED is implementing.  Cardona said that ED modified its data collection following that GAO report and described technical assistance efforts and meetings ED has engaged in to ensure schools are spending funds appropriately.

Following these informational hearings, the subcommittee will work to draft language for the Labor, Health and Human Services, Education funding bill, but first, top House appropriators must determine top-line funding levels for the defense and non-defense spending categories, which they hope to accomplish within the next two weeks. 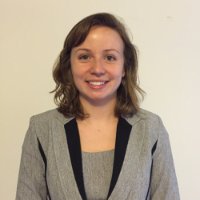 Kelly Christiansen is an associate with the Washington, DC law firm of Brustein & Manasevit, PLLC. Established in 1980, the Firm is nationally recognized for its federal education regulatory and legislative practice, providing legal advice regarding compliance with all major federal education programs as well as the federal grants management requirements, including the Education Department General Administrative Regulations (EDGAR). In addition, they work with agencies on federal spending flexibility, allowability, policies and procedures, audit defense and resolution and legislative updates. The Firm provides government relations services for the National Title I Association.