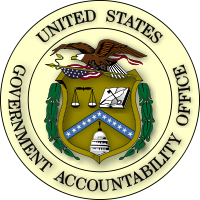 The U.S. Government Accountability Office (GAO) issued a report Monday which cautioned States and the U.S. Department of Education (ED) against relying too heavily on the large-scale waivers of the Elementary and Secondary Education Act (ESEA) when transitioning to the new law.

GAO found that while ED has said it hopes to use waivers as a model to inform monitoring implementation of the Every Student Succeeds Act (ESSA), a number of States faced “multiple significant” challenges that negatively impacted their ability to effectively implement waivers.  These challenges largely related to State oversight and monitoring of local decisions and implementation of interventions at “priority” and “focus” schools.

GAO focused on the risk assessment process used to document challenges throughout the waiver approval, monitoring, and renewal phases, noting that ED has not yet evaluated its process, even though by federal internal controls standards it should be looking at what lessons may be learned from waivers.

Absent an evaluation of its successes and failures in waiver implementation and monitoring, GAO says, ED “may miss opportunities to better oversee State implementation of the new law.”  GAO recommended that ED review the waiver oversight process to identify and implement any applicable lessons learned into ESSA implementation; in its response, ED generally agreed with the recommendations.

The report was originally ordered by Senator Lamar Alexander (R-TN), Chairman of the Senate Committee on Health, Education, Labor, and Pensions and one of ESSA’s chief architects, in 2014.  It was intended to be a review of the design, implementation, and oversight of waivers but with ESSA’s pending implementation, GAO decided to examine potential implications for the new law’s implementation.

The GAO report on ED’s waiver oversight is available here.